Do you remember when YouTube was mostly just a repository of people doing stupid human tricks and trying to reenact Jackass bits? Those days, thankfully, are long over.

Now people use YouTube for all sorts of reasons: to educate others, to voice opinions, to ask questions, to promote businesses and ideas, to raise money for charity, to promote independent music, and more.

One of the catalysts of this change is Ze Frank. He started blogging on YouTube (aka vlogging) years ago. His single camera, talk right into the lens style of vlogging has inspired thousands of other people to do the same thing and now “vlogging” is just a normal a part of our culture as “blogging.” 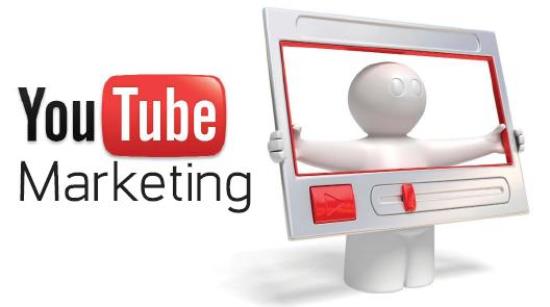 A lot of the videos from Reputation.com on Youtube pertain to the building and promoting of individuals’ and businesses’ online reputations. They are educational and help to promote the services they provide at the same time.
Of course, life on YouTube isn’t limited to individuals with single-themed channels. Now there are also entire networks that have started popping up on YouTube.

The best example of this is Felicia Day’s YouTube channel: Geek and Sundry. Geek and Sundry uploads episodic shows both fictional and non-fictional. The show Learning Town, for instance is a comedy show that explores what would happen if novices took over a children’s television show. TableTop is a show produced by and starring Wil Wheaton. Every week he invites a group of guests from both traditional and online media to play different board and table top based games. Day’s long running serial The Guild has made its home there as well.

Another example of a YouTube network, though more loosely based, is the VlogBrothers. The VlogBrothers are musician and entrepreneur Hank Green and his brother John, a NYT Best Selling author. They started a vlogging project a few years ago which has spawned a recording label (DFTBA) to produce YouTube musicians and two educational channels: SciSchow and Crash Course.

The community they’ve built, Nerdfighteria, is responsible for one of the biggest and most successful charity events in Internet history: The Project for Awesome. The Project for Awesome is a two day marathon in which people create and upload videos to YouTube that highlight individual nonprofit and charitable organizations and encourage people to donate to them. In 2012 they raised hundreds of thousands of dollars for charities all over the world.

The network also offers live streaming so that people can hold concerts and host shows that people can watch in real time. Marian Call, Molly Lewis and the Doubleclicks are internet based musicians who have taken advantage of this technology.

Everyday YouTube grows and expands. Sure, there are still stupid human tricks videos and cats videos and everything else you’d expect to find online. At the same time, the network is giving traditional media channels like Television and even Radio a run for their money.