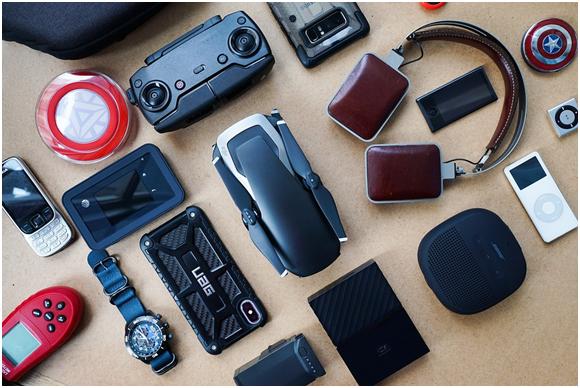 The ever-changing pace of technology is hard to keep up with. New apps and gizmos pop up on a yearly basis. This year will not be an exception either. 2018 is going to prove to be a splendid year for tech enthusiasts and the anticipating netizen community, with the release of a number of top-class, state-of-the-art gadgets. It is clearly evident that people are soon about to suffer from a case of ‘choice paralysis’- there will be so many options available in the tech market, it will be impossible to make a final decision. Let’s take a peek at what the techies have been brewing up for 2018.

The Korean tech giant will bring out its latest flagship model Galaxy S9, succeeding the Galaxy S8 and Galaxy Note 8 phablet, which were launched in 2017. To keep Apple and Google from dominating the market with their iPhoneX and Pixel 2 products, Samsung is gearing up for its upcoming launch, leaving no stone unturned. Armed with its 5.8” Super AMOLED capacitive touchscreen, Exynos Octa-Core CPU, 12 MP primary camera, and sensory functions, Galaxy S9 will give its rivals a run for their money.

Looks as if Galaxy S9 is not only what’s in store for 2018. Samsung is finally ready to launch its foldable smartphone- the Galaxy X. It is designed to be folded into a larger tablet and enable users to interact with 2 OLED screens simultaneously. In terms of specifications, Galaxy X is all out for its own. It has been crafted with a special 4K Super AMOLED display with 2160 X 3840 resolutions, for a 5.6” screen. It will be powered by a 6 GB RAM and controlled by Qualcomm’s Snapdragon845 or Samsung’s very-own Exynos processor.

Apple launches it all-new HomePod Smart speaker on par with Amazon and Google. The debut by Apple’s Siri-powered HomePod smart speaker is predicted t take the market by a storm. It has been specially designed for audiophiles and is supposed to on the likes of Google HomeMax and Sonos. Get yourself one of these if you fancy soothing music after a hard day’s work.

This device is a larger version of Google’s Home Mini and offers better audio capabilities compared to any of its previous products. It was designed by Google to rival the Apple HomePod. It comes with smart audio optimization feature which can automatically adjust the sound depending on the surroundings. It is compatible with the most high-end stereo system via an AUX input installed with this device. Enjoy the full blast of music with its dual speaker abilities somewhat similar to Sonos Play 3 speakers.

The Fitbit Ionic smartwatch is designed to be compatible with iPhone, Android and Windows phones. It is connected via Bluetooth and NFC technology with a single-touch pairing. Stay updated with missed call alerts, calendar reminders, incoming e-mails, text messages and social app notifications with your single smartwatch device. The water-resistant design (upto 50m) comes with a number of sensors like altimeter, accelerometer, gyroscope, optical heart rate sensor and ambient light sensor. The GPS facility will let you know your location whenever you are in a tight spot. This American smartwatch is all set to trade punches with its rival Apple Watch 3.

Facebook failed in its Oculus Rift venture and is all ready with its latest VR headset, the Oculus Go. It has been designed to work without a smartphone or PC, and equipped with a WQHD LCD fast-switch display and powered by a Snapdragon 821 processor. It will run most of the apps available for Gear VR and all the games compatible with Android OS. The device will act very similar to high-quality pico projectors, without doing any actual physical projectio

LG is launching its G& model in 2018. Not much is known yet about this device. But it is said to be equipped with a Qualcomm Snapdragon 845 processor, an OLED display, and a dual-lens selfie camera to take on competitors.