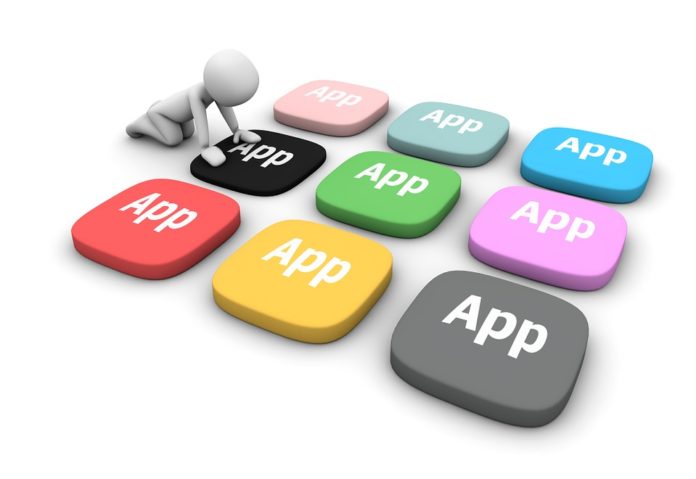 Sometimes finding the way to best market your business involves doing some investigative work. Businesses are as unique as people. No pre-fab mobile app or marketing solution is going to be that effective. What’s needed is a mobile app crafted for the specific business and compelling content to attract the target audience you wish to attract.

One of the best tools in a marketer’s toolbox is A/B testing.

A/B testing helps you determine how to design and optimize your website and mobile app for the best results for your particular business. It helps you figure out how to pitch and promote your products and services for the unique set of customers you want to sell to.

If running and creating repeatable and comprehensive UI tests across hybrid and native mobile apps are what you’re looking for, TestComplete is for you.

You can test Android and iOS apps on many devices with complete access to internal objects and methods. Your tests can also be automated on emulators and virtual machines so you don’t have to jailbreak a device to accomplish your goals

With TestComplete’s replay and script-free record actions, you can craft automated testing scripts or select a language like JavaScript, JScript, Python, and VBScript.

TestComplete offers a 30-day trial with full technical support so you can get the trial up and running quickly to make the most of your evaluation period.

If you’re looking to improve the quality of your Android apps and speed up the mobile testing cycle, take a look at Experitest.

Experitest lets you craft and execute literally hundreds of automated tests on actual Android devices in the cloud. You can create your first Appium test easily and run advanced mobile test automation from your IDE.

Experitest offers great flexibility, allowing you to integrate it with your existing CI/CD tools and workflows. You can run automated mobile testing using real-life circumstances and with all varieties of applications, gestures or hypotheticals.

You can also integrate it into any CI, IDE, and testing structure for accelerated application delivery. This solution also offers access to advanced analytics and visual test reports. It offers a free-trial period too.

Ranorex Studio is used by over 4,000 companies across the world and is an all-in-one solution for mobile app testing. With its user-friendly, code-free interface, it’s easy to use even for beginners. There’s a wealth of useful wizards to help you along the way.

If you’re well-versed in A/B testing, the tool has a lot to offer with a full IDE. This tool works for both Android and iOS. You can use it for mobile web apps and native mobile apps.

You can test on real devices using Ranorex without having to jailbreak any devices. It plays nicely with other tools like CI, Git, Jenkins, Jira, TestRail, Travis, and more. The best part? It offers customizable test reporting including video reporting of test execution which is great because it lets you check your results without having to run the test again. It offers a 30-day free trial.

A leading SaaS testing platform, test IO allows for the continuous testing of mobile and web applications using skilled human testers on actual devices. Their testers can catch flaws that your own team might miss. And don’t worry about the human aspect slowing you down. With test IO, you can actually speed up the process.

Test IO is how to run app A/B test. With its ability to run on real devices, you can extend your coverage to many devices, platforms, and real-world circumstances. It also lets you ensure your apps work on Android, iOS, and all OS versions. It offers a free trial period.

If an open-source library crafted just for Android IU testing is what you need, Robotium has you covered. The Android test automation framework supports both hybrid and native apps. The test scrips let you write system and user acceptance test scenarios and function.

Robotium can be used for automated black box testing for Android apps with TestDroid Recorder. Test scripts are in JavaScript.

A mobile device cloud and platform, Kobiton gives you access to real devices for automated and manual testing on hybrid, native, and web applications. Both Android and iOS are supported.

Kobiton is built on the Appium open-source framework and is perpetually updated with the latest hardware and OS updates. It allows for full testing across devices without modifying your scripts. Kobiton allows you to buy prepaid minutes of testing time and there’s no expiration so you can use them at any time. It offers a free-trial period.

Calabash is a robust automated acceptance testing framework that’s kept up by Calabash and Xamarin. Both Android and iOS are supported and it can be used to perform automated functional tests for native mobile apps.

A powerful open-source tool for the automation of hybrid, mobile, native, and web applications, Appium supports both Android and iOS platforms. It’s great for use with apps written in Android or iOS SDK.

There’s also support for Safari on iOS and all other onboard browser apps for Android.

Supporting both Android and iOS, you can automate functional interactive tests with MonkeyTalk. This robust open-source tool uses different elements like agents, IDE, and scripts.

You can everything from smaller tests to large, complex data-driven tests for hybrid, native, and web-based apps with relative ease using this tool.

While iOS UI Automation doesn’t play well with other tools, it’s proprietary, it does cut down on procedural efforts and time spent on development.

Another iOS-specific testing tool, iOS Driver is an open-source tool that allows for complete integration with the selenium grid. It also automates iOS hybrid and native mobile application development by utilizing the Selenium/WebDriver API.

You can use iOS Driver as an emulator. Some recent versions can run on devices but they are slower that way. The good news is that you won’t need to change an app code or load extra apps to test using this tool.

UI Automator is an Android-specific tool that uses an open-source framework allowing for testing automated user experiences. You can use it to test an app on one or several devices. The UI Automator framework uses Javascripts for efficiency.

When it comes to mobile app testing, the ability to make your process as efficient as possible is key. With the right mobile app A/B testing tool, you can cut down on the complexity of your projects while making the final product efficient and feature-rich for your intended audience.