For the past few weeks, the cyber world has been abuzz with the rumors surrounding the deal between BBC and Microsoft to bring the iPlayer and live streaming to the new Windows Phone. The saga has been going on for quite some time with new rumors adding fuel to the fire. With no official word until a few days ago, every person had formed his/her own opinion regarding the episode. In this day and age, any technological development gets extensive coverage. However, it is now official that the deal, if there ever was one, has been called off for good. BBC has decided not to bring iPlayer or live streaming to Windows Phone.

This means that the consumers who had gotten their hopes up that the BBC would succumb to the demand and introduce the iPlayer on the Windows Phone have been disappointed. There are some cynics who claim that no deal had ever taken place but BBC has clarified the situation to a great extent. They have made it clear that there was a deal in place between them and Microsoft but had to be called off due to a number of reasons. 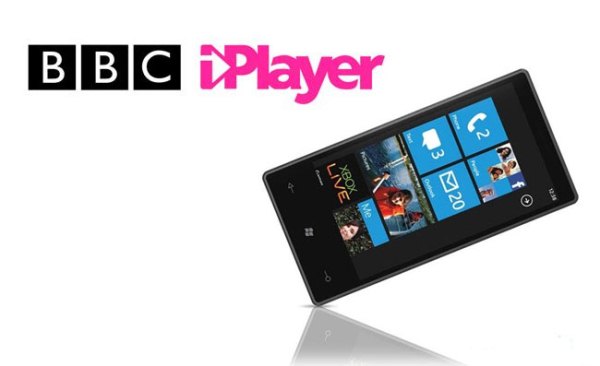 To say that there is one reason why BBC pulled back from the deal which would have made it a major player in the tech industry would be an understatement. After all, there have to be substantial reasons why such a huge deal fell apart. And there are. As clear from the BBC’s viewpoint, they have listed a few reasons why they decided not to have the iPlayer or live streaming on the Windows Phone.

The first bone of contention that BBC had is the streaming technology used by Microsoft on its Windows Phone. It is a completely unique technology which restricts the content’s ability to be used on multiple platforms. This is unlike Android and iOS, which have their own technologies but allow for cross-platform compatibility. Being able to use the iPlayer on multiple platforms enables BBC to earn a greater share of the revenue than restricting itself to the Windows Phone.

New Apps for Next Version

The current incarnation of the Windows Phone is hailed as ‘Windows Phone 7’. Microsoft has been working hard to create an exhaustive app library for its users to enjoy when they finally get their hands on the phone. However, they announced that they are going to launch Windows Phone 8 soon and that new apps would be used on it. This means that all the apps which have been designed for Windows Phone 7 would be scrapped and new ones built from scratch.

Consumers who upgrade their phones won’t be able to use the apps they are using now. What this means for the BBC is double expenditure on developing apps. They don’t have the funding or resources to come up with new apps for the next version of the Windows Phone. That, coupled with the miniscule market share the Windows Phone enjoys, justifies BBC’s decision to a great extent.

The Bug in the Browser

According to BBC, there is a bug in the browser which is used in the Windows Phone. They have claimed that Microsoft has known about the bug for a long time now yet has taken no concrete steps to get rid of it. Due to the bug, content from the BBC website and other sources cannot be streamed on the Windows Phone which is why the BBC withdrew. Unless Microsoft rectifies the issue, BBC looks set to close the curtains on the deal for good.

These are the three main reasons why BBC decided not to bring the iPlayer or live streaming to the Windows Phone. From this you can see that they have made the right decision, given that the circumstances weren’t in their favor. Unless and until Microsoft sweetens the deal for them, there is no way the BBC is going to allow them to include the iPlayer or live streaming on the Windows Phone.

The above article is written by Sarah James. She is associated with few technology related websites and blogs as their freelance writer. In her free time she writes articles related to television technology, gadgets etc. She recommends that users can try this website www.latinosatelite.com for the latest Dish Latino deals on their Windows Phone but not the iPlayer or live streaming from BBC.