The sky was red, the air was dead and the sun had hid itself behind a thick black façade of disappointment. The predator had its gaze fixed on the prey; the vultures had already gathered craving for their morsels of carrion but this antelope still ran firm around the woods. It was getting dark, all the animals were aware of the commotion but none of them dared to utter a single word. Considering the backcloth is set and everything stinks of a conspiracy now, I should probably cut down the melodrama.

Well, you can say goodbye to the regular mobile spy or a cell phone tracker that usually gives you nightmares because Apple might just do the same for you. Judge Lucy Koh, California district Judge, allowed for a privacy case regarding free apps against Apple to move ahead while the claims regarding Google, etc were dismissed. 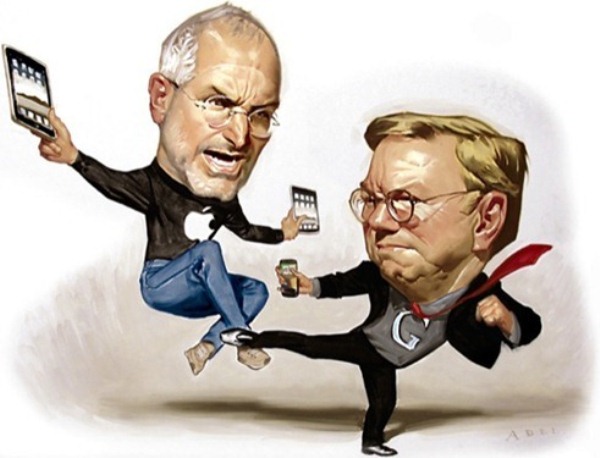 Now, Apple needs to defend its stance against the charges put forth like Apple machines permitted third party applications to illegitimately acquire user’s personal data and make use of it commercially. In contrast to the similar charges against other companies like Google, Admarval, Flurry, AdMob by Google and Medialets that were dropped in the ruling. There were also some charges like Apple practices transgressed the Wiretrap Act, which were also dismissed by the judge, other than the ones against Cupertino for the violation of Unfair Competition Law and Consumer Legal Remedies Act that it will still face.

Under the general notion of not handling the users’ personal information appropriately, various law suits that have been filed against Apple combine in this case. A Wall Street Journal study scrutinized 101 cell phone apps and figured that iPhone applications share more personal data than Android apps without user consent. In the same vein, Apple was sued for permitting advertisement networks for tracking users’ application activities in December 2010.

In 2011, it was also found out that anyone coming across a user’s iPhone, iPad or the PC with which the user synchronized iOS 4 devices could access location information as it was not securely stored. This consequently raised concerns that Apple along with anyone coming across that information would be able to locate the user, to which Apple responded that iOS 4 machines were acquiring excessive information due to a glitch later fixed by iOS 4.3.3.

The district Judge dismissed the lawsuit in September, allowing the plaintiffs to appeal while 19 lawsuits combining into one suit on user privacy concerns were filed against Apple. The current ruling under discussion is a result on the complaint according to the plaintiffs’ appeal. Allegedly, Apple devices had such a design as to allow Google along with other defendants- basically analytics and advertising companies- to gather personal information of the user via free apps, including gender, zip code, age and other information.

There are still grey areas regarding a few issues like user agreements from Apple that can protect them from such a millstone. However, the claim from Apple is somewhat paradoxical that it takes precautions for the protection of users’ privacy while the third parties are beyond Apple’s control especially in the midst of the suit filed against Apple claiming that it gave over user information to app parties. Plaintiffs also assert that the ostensibly free apps come with a greater price of invasion of user privacy as such Apple approved apps let personal data to be channeled through their Apple devices.

Even though Apple has not been as responsive in this matter as it should have, but the company must defend its position in order to maintain its popularity amongst its users and get out of these legal complications to prevent such problems in the future and concentrate on providing secure and quality products to its huge market of fanatics.

Natalia David, an author significantly contributes towards PC security Software, mobile phone spy and iPhone applications. If you want to know more about Natalia you can follow her on twitter @NataliaDavid4