Google is not going to slow down its pace of rolling out the latest version of Android operation system. With every version, this OS is improving and providing some excellent features to the users. Keeping the expectations of the users in mind, Google is getting ready to rock the world with its Android version 5.0 mobile OS. Google has been working with K release of the Android version, which is codenamed as Key Lime Pie. Most likely, the number that will be attached to it will be 5.0. As of now there hasn’t been any confirmation from Google on the same, but some images of the new OS are already doing the rounds online. 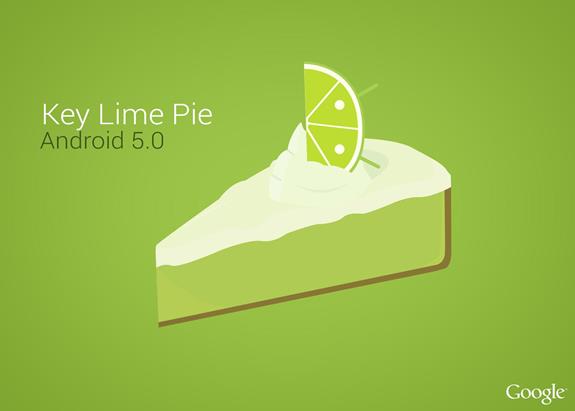 Considering the fact that Google uses IO conferences to announce the new android version, we don’t expect it to release before October this year. Even though there were strong chances that it will get unveiled during Google IO, however it didn’t happen maybe because Google wanted to roll out Android Version 4.2 Jelly Bean properly, before coming out with a new version. Now, the release date is also like to clash with Android Nexus 5 phone.

Majority of the popular Android devices including Note 2, Galaxy S3, Galaxy S2 and Note 10.1 will see an upgrade to Android 5.0. However, the upgrade for devices is likely to be available in phases.

You might see Linux 3.8 Kernel integration in the Android 5.0. The advantage that it is going to bring is the low usage of the RAM, thereby making the Android device much snappier. It will allow the device to run on as low as 512 MB RAM. Also, Google Babble will mark an entry into Android 5. It is basically a cross platform service that will allow the integration of various chat services including Skype, Gtalk, YMessenger etc.

You won’t get to see the Holo Dark theme in Android Version 5.0. The new interface will have brighter display, clear fonts and similar design cues that you will see in Google Play Store. Also, Google has applied for a patent consisting of functionality that will allow launching apps by drawing various patterns.

Android has never done something unique for social networking sites lovers. Even though Google has pushed its Google + but it still has got a long way to go and we are most likely to see enhanced social networking options in the next version of Android. All in all, Android version 5.0 is going to be the biggest Android release till date and will offer several out of the box features for the Android fans world over.