JQuery Development is the most promising and desirable among web developers, as it gives you more opportunities and ways to produce some beautiful work and designs. It’s been a major part of a designer’s career and giving so much new innovative ideas as well. With the launch of JQuery and similar technology web interaction has become smoother and responsive than ever before in earlier time.

Tutorials are for those who need a lot of creative ideas and want to create beautiful animations using Jquery. Creating Animation in JQuery requires less code than any other language as it supports library files which have been developed already, you just need to add these JQuery library into your web projects to make those enable. The use of repetitive code provides you with highly-optimized and tested functions and methods. You will get everything from particular interface sample or some excellent tutorials which are given step- wise.

Today, we are listing 6 of the freshest JQuery Tutorials which surly will help you out to improve your JQuery development. You can use these tutorials into your web project as well for giving a fresh and promising look.

A tutorial on how to create a responsive image gallery with a thumbnail carousel using Elastislide. Inspired by Twitter’s “user gallery” and upon a request to show an integration of Elastislide, we want to implement a responsive gallery that adapts to the view-port width. 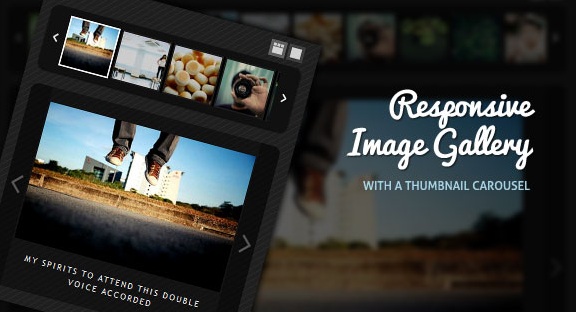 It allows you to asynchronously load JavaScript and CSS resources, making your pages more efficient and responsive. RequireJS is similar to the gloader, with the advantage that it is built with support for a CommonJS Asynchronous Module proposal API.

The idea is to scale thumbnails when hovering over them and also scale their neighbouring thumbnails proportionally to their distance. 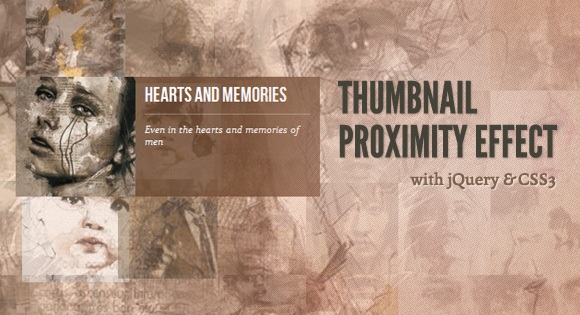 Either way, since JavaScript and the DOM are bunking together, we may as well make it safe — OOP safe.

6. Typography Effects with Css3 and Jquery

A set of nice typography effects for big headlines using CSS3 and jQuery. There are many things we can do with CSS3 animations and transitions and we’ll explore some of the possibilities. 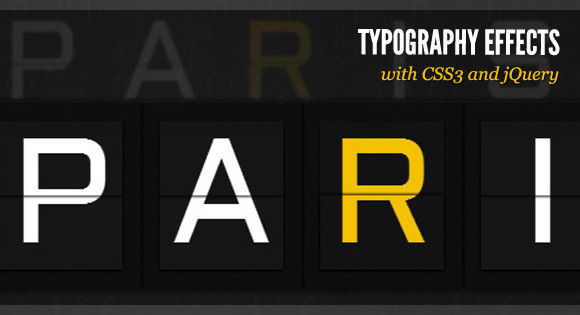