The Gaming industry is one of the fastest growing, and money making industries in the world whose earnings range within the billions and thus: there are billions of game lovers who love to play games. Recently Apple launched iPad 2, which is faster offering stunning graphics, and many new features. Many users are purchasing it worldwide, making it one of the leading tech products.

Action games have gained global popularity amongst users of all ages, and are becoming even more popular now with the iPad version. We scoured the web in our quest to explore the best action games out there worth making an investment in. These games are compatible with iPhone & iPad and possess high definition graphics along with visually stunning end results which places them in a Premium category, but well worth the price for the any action and thrill loving gamer ! 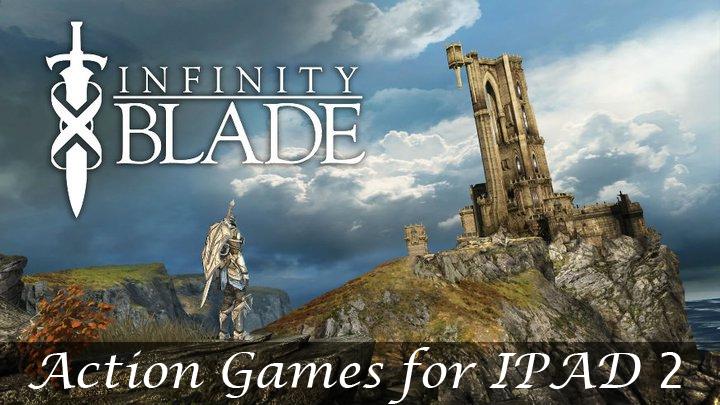 Purchase
With the stunning graphics and most thrilling action infinity blade is available for the iphone and ipad. Infinity blade is now available with an upgrade for the ipad2 which makes it worth paying game. Price is little high but it will give users so much thrill and action with a well-designed touch control system.

This game includes interesting fighting moves and combat-arts, and user success depends on the timing of the moves and the fighting skills, in order to beat your opponent. After facing and beating all opponents, user needs to face the God King. Smooth and feather touch graphics make infinity blade one of the best game available for ipad.

Purchase
Need for Speed shift is rated by IGN, 9 out of 10. With cool high definition graphics, users will have so much trill and fun while driving fastest cars of the world. This game includes 28 cars with new 8 exclusive cars like Lexus LF-A, Nissan GTR-(R35) and many more; ipad screen gives awesome and stunning look of car’s cock pit, with rear and side mirrors, brake pedals, shift gears and manual breaks.

Purchase | Free Download
IGN’s action game of the year is now available for ipad; with stunning high definition graphics and awesome look and feel make this game best war game of the year. New updated version is paid version but we have included its previous version too which is totally free and downloadable. This game includes multi touch controls, 13 levels, 5 environments from jungle to bunkers and many more stuff.

Purchase
This game can be alternate for those racing freaks who want to buy Need for Speed but they can’t afford due to the little high price of Need for Speed. If users can’t buy Need for Speed, this game is perfect choice for them. It won’t make a big dent on users pocket and provide them real fun, excitement and thrill of rush. Updated version is available which includes online multiplayer via Game Centre for up to 4 players, now you users can invite their friends for real racing.

Purchase
One of the finest high definition war game is available for ipad now. In this game, gamer duty is to find and demolish the terrorist and spare insurgents and take them to the safe place. This game is declared as game of the year by iLounge’s Editor’s choice.

Modern combat includes 10 missions with Middle East atmosphere with city, training camp, hospital and many more. This game can be played as multiplayer, team play and online through Gameloft all over the world.

Download
Air Hockey one of the best and no. 1 game for ipad. Air hockey has a myriad of fan lovers. Update version is now available which contains the “restart game” button on pause menu, so users can use this button if they are out of engaged in some errand.