After gifting a great series of iPads, Apple is supposed to launch the new edition of iPads, iPad 5. The release date of iPad 5 has already become a hot topic to the iPad lovers who are getting restless for the release, although Apple is somehow responsible for this to happen. Since it had launched to editions of its iPads back to back in 2012 therefore the date of the new launch is not so unpredictable for the public. Every day new rumored dates come in the ear about the release.

Anticipated Dates for the Release of iPad 5:

As already said a number of dates are there on which the new launch of Apple is going to take place but two dates are mostly in news. Following the tradition of Apple it is expected to launch in March as Apple generally makes it first release in March according to calendar year. 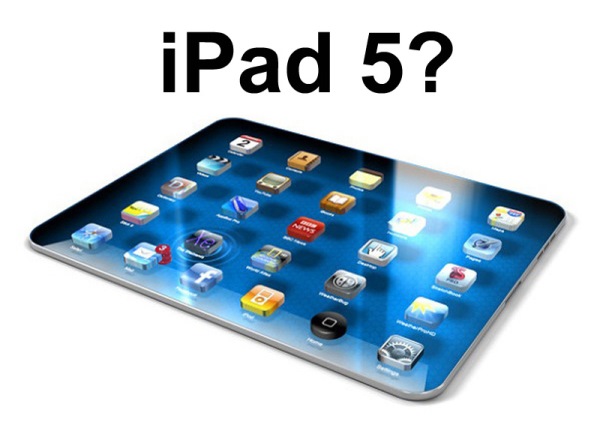 It has come into a report that the Microsoft Surface is pressuring Apple to start on the thinner iPad 5 as early as possible. As per another report the date might be set in mid of 2013. According to the report it might be mid 2013 because of the production of the parts o the new device.

The rumors are not only about the releasing date of iPad 5 but there are rumor about its design and features as well. Since all the previous versions of iPads were stunning and those were compact with outstanding features, it is not anything wired for the iPad lovers to expect something extraordinary this time as well. Let us have a look at the people’s expectation about the new release.

It is rumored that iPad 5 might be a thin compared to the other tablets at the present time. As per a report it is expected that there is a use of GF2 which is a special technology adopted for touch screen devices. Since Apple has always come with some innovation carrying some specialties of other versions of iPhones and iPads. Apple had already used the GF2 technology in iPad mini and that has given an impressive impact as well. So it is expected that it will follow the same strategy this time as well.

Another rumor about the coming launch of iPad 5 is it will be featured with Gorilla Glass. Basically Gorilla Glass is used for screen of iPads and iPhones and so it is viable to expect that Apple will use it in iPad 5.

According to some reports it has come into news that Apple might incorporate an A7 chip into iPad 5.

According to a group iPad 5 may look similar to iPad mini or iPhone 5 with a fresh black devise. Apple has always come up with great products every time and thereby taken the expectation of people at a sky high level. Now it is just about wait and watch to face the reality.