If you were inclined to stalk somebody—an ex-lover, a business colleague, that weird neighbor—the rise of the internet has made the practice easier than ever. Let’s be honest, the majority of us have logged onto Facebook or Twitter to try and uncover some personal details about someone we’d like to know better, and while most of us have harmless intentions, some people out there are far moresinister.

Social Media Stalkers can fall into three distinct categories—although those that are more obsessive can cover all three options at some point. So which type of social creeper are you?

In many cases, the person being stalked is someone that we know—possibly a friend, a colleague at work or a potential partner. In addition, many go online to uncover details about an ex-boyfriend, girlfriend or even a formerspouse and it’s really quite simple to get a summary of what’s going on in their lives.

Facebook is the place to start, and with over a billion accounts worldwide, there’s a good chance that your former love will have an active page. Maybe you were previously linked via this particular portal, but even if you’ve been un-friended, a determined stalker won’t let a minor inconvenience like that interfere.

Even as a non-friend, you can find basic information such as their current job and home location. However, those that need to find out more can sometimes pose as a mutual acquaintance whose friend request is likely to be accepted. Setting up a fake Facebook account is really quite simple and opens the door to a wealth of additional info—including that all-important relationship status. 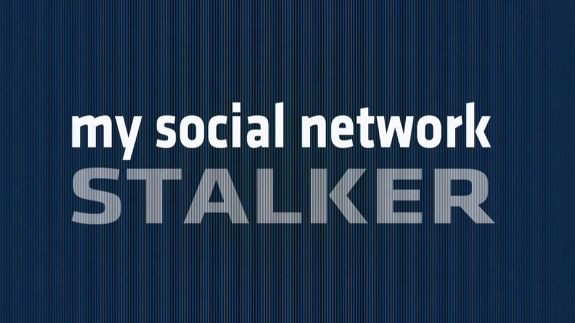 If you’re a little less crazy, then you may just be what is commonly known as an Average Joe Stalker: someone who fills up idle moments on the Net by checking out statuses of people they know via Facebook or Twitter.

Average Joe isn’t likely to take the extra step of trying to be someone’s official online friend, but the potential lack of privacy on these sites means that they don’t really have to. Unless a Twitter account holder chooses to protect their tweets, then anyone can view them, and Joes doesn’t even have to blow their covers by hitting the “follow” button.

Facebook is similar to an extent, so if you’re concerned about Social Media Creepers, be sure to use the most secure privacy settings on offer.

As Georgia bus driverJohnny Cook found out to his chagrin, criticising your employer on Social Media websites can land you in a whole heap of trouble. Cook was contracted to the Haralson County Middle School when he took to Facebook in May 2013 in response to one student’s claims that he had been forced to skip lunch as he was forty cents short of the required fee.

The post in question read, “This child is already on reduced lunch [program] and we can’t let him eat. Are you kidding me? I’m certian [sic.] there was leftover food thrown away today. But kids were turned away because they didn’t have .40 on there [sic.] account. As a tax payer [sic.], I would much rather feed a child than throw it away. I would rather feed a child than to give food stamps to a crack head [sic.].”

The message was certainly popular, receiving 250 likes and 2,000 shares but it also led to the driver being fired over the district’s strict policy on Social Media.

While employers may not consider themselves “stalkers,” they can watch your Facebook and Twitter activities covertly to monitor anydissent. The Georgia bus driver wasn’t the first to be fired after slipping up, and he certainly won’t be the last.

Celebrity stalking online is commonplace, and has even received its own specific term—trolling. This kind of creeping is usually harmless, but sadly there are sick individuals who always seem set on taking things too far.

In 2013 in the UK, soccer referee Mark Halsey was on the wrong end of somedisgusting Tweets after making some contentious decisions during a tense fixture between top teams Liverpool and Manchester United. The messages referred directly to the cancer treatment that he had previously undergone.

Many celebrities across the globe have fallen victim to Twitter trolling, and it’s unfortunate that the majority don’t possess the physical capabilities to confront their attackers in the same way that British boxer Curtis Woodhouse did in March 2013.

In a classic case of reverse stalking, Woodhouse identified his abuser and turned up on his home street. The Twitter exchange that followed revealed the fear instilled in the stalker.

“Right Jimbob I’m here!” Woodhouse said via his feed.
“Someone tell me what number he lives at, or must I knock on every door?”
‘JimBob’ who had rather aptly dubbed himself the Keyboard Warrior, replied,
“I’m sorry. It’s getting out of hand.

Not all celebrities are armed with Woodhouse’s natural weapons and the business of trolling shows no signs of slowing down. With social media comes social media creeping, and they seem set to co-exist indefinitely.

Have you ever followed someone a little too closely on Facebook or Twitter? How far would you go to uncover personal information?