Getting bored with your mobile phone? You want something new in smartphones? Well, for that you have to hold up a bit. The mega tech event has done something brilliant and it praises some of the amazing smartphones to come in the market in future times. Here we have a full list of the smartphones which are highly expected by the tech people for this Year 2013. Here’s your treat! 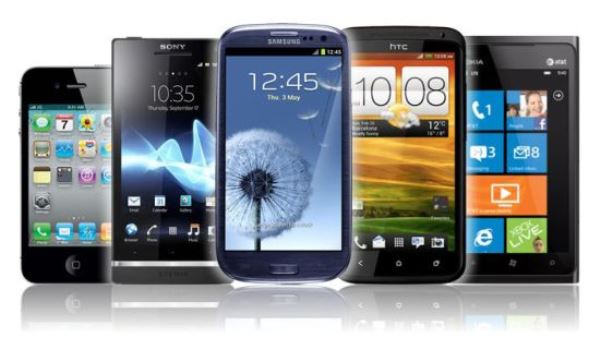 Apple- The name is enough, in tech world. Apple had recently launched its 5th generation iPhone, i.e. iPhone 5 which is amazingly ruling the world by its amazing features. iPhone 5 has a super advanced operating system iOS 6 and have capability to run almost all kinds of apps though it with a bigger screen. This year Apple is all set to be revealed it’s all new generation iPhone, iPhone 5S/6 (No official declaration yet by Apple). IPhone5 lacks of some features like NFC connectivity and some others, Apple to make sure that this iPhone will be fulfilled all your wishes and NFC functionality will be there in this device. iPhone 5S/6 is expected to come in the first half of the current year, 2013.

Samsung’s Galaxy series has been doing great with all of its amazing smart devices and galaxy series phones are already acquire a huge market share. Rumors are spinning around the world of this super stud Smartphone. You might well aware of the predecessors which were Galaxy S2 and S3. They are top in the smartphones list after completing a successful journey and one more to come. This phone would have Android 4.1.2 Jelly Bean operating system with a bigger screen than Galaxy S3. It would have 10 Megapixel of rear camera and some more cool features would be there with this device. This smartphone too come in the very first of the current year, 2013. (There isn’t any legal announcement from the Korean Giant).

Samsung’s second smartphone to come in the New Year is Samsung Galaxy Note 3. This could be settled down in the Phablet range and it seems just bigger than the smartphones. Note 2 has done a great job and made some new records itself. Well, wait a bit, because its successor is already roaring out here named as Galaxy S3. It would have some of the same features like Galaxy Note 2, some features would be expanded by the users’ choice like its camera functionality and connectivity options. Galaxy S3 would have Android Jelly Bean 4.1.2 Operating system which is the most popular one till time.

Google had recently launched its Nexus series smartphones named Google Nexus 4, Nexus 7 and Nexus 10. Nexus phone is in Smartphone’s range, Nexus 7 is in Phablet’s range and Nexus 10 is in Tablet’s range. Now by the time passing Google has to grow up this series and rumored Google Nexus 5 to come in this year by Google itself. Well, people are hoping to see this all new device from Google with some more changes in features and looks with Google Nexus 5. Nexus 5 is expected to come in the second half of the current year, 2013.

We have seen a brilliant device from Microsoft and that was Microsoft Surface with all new functionality of using it and everyone like it. It seems Microsoft is thinking to rule in every tech stages. Many more people expecting a smartphone with some awesomely studded features from Microsoft in this year and rumors have already cleared some facts on this Microsoft Surface phone. Microsoft is been busy with its very first Smartphone which would surely be hit the tech market in the coming times. All we have to do is just waiting until.