I was first alerted to the Wondershare Video Editor by a friend that was a bit of an amateur film maker and I told him I was shooting some clips to put on my YouTube account. I was filming mainly natural stuff like parklands and lakes that surround my town. When I do my filming I have to do most of it on my smartphone so I am constantly stopping the video and restarting it again for the next shot. 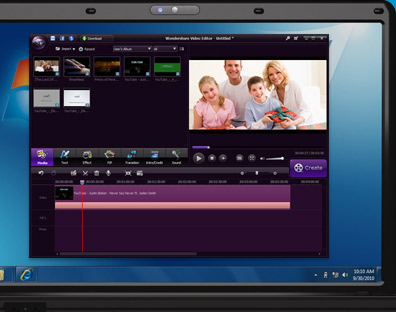 Wondershare Video Editor was easy to combine and stitch these clips together and when I played them back there was no way you would know they were stitched or clipped together and there was even a feature where you could fade in and out of clips if you wanted. I haven’t yet used the feature on my music files but I noticed you could create your own favourite albums by putting together your favourite songs and applying certain effects. I plan to use the fade in and fade out effect that this video editor has for my music mixing. 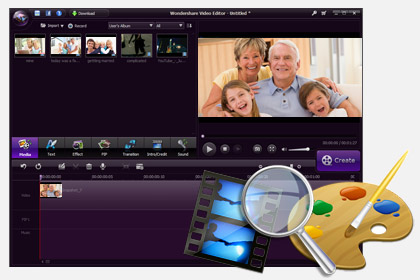 The Wondershare Video Editor also has a presentation tool which I used to gloriously show off my images of when I went up to Clara, one of the Scottish Islands. I had taken several images of mountains, lakes, shorelines, rugged disused fishing boats and homesteads all alone on a hilltop. I was even able to present these images as some slide show and place some Scottish folk music over the top of the presentation. I was even able to trim and crop some of my photos before placing them on my presentation, so you can imagine how my friends and family were so impressed when I sent them the finished file. 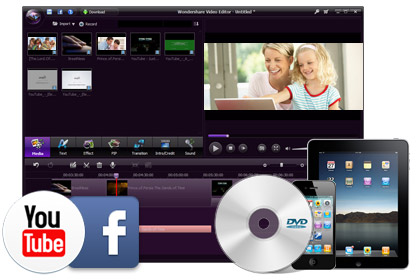 I really had a sense that I was some kind of film editor and there were just so many features on here that I was at a loss which one to use next. I was also able to share these same presentations on Facebook and YouTube and both platforms are really knocking up the hits already!
I am running my desktop on Windows 8 at the moment and I have an old PC in the study that still runs on XP, so I was chuffed to bits when I saw that the Wondershare Video Editor was able to run on both these operating systems.