Gary Baseman was born in 1960 in Los Angeles, California (in “Hollywood” to be exact), a first generation American of Polish descent. His parents struggled to survive WWII coming from a town where 4,000 Jews were reduced to 200, after the Nazis Germany invasion in collaboration with the Ukraine. All his grandparents were killed during the war, and the rest of the siblings were displaced. His parents moved to United States instilled with the belief in the “American Dream;” and when Gary was born they educated him to “be hard working and a good person.” He grew up with the notion that he could accomplish anything, and today, he has become one of the most influential illustrators of our time.

As a kid, Baseman was fond of Disney and Warner Bros. cartoons. He did not try to copy the characters because he always felt it was important to develop his own characters. Today, his artwork is easily recognized for a “Baseman piece” because of its highly consistent style, diverging in theme matters, however devoted to creating wacky cartoon-type animals and humans placed in surreal worlds. Each art piece is like a film, a story that begins to unfold slowly to the viewer, as you look two, three, four more times you begin to see more details to the characters that tell an elaborate plot. It is like opening a “Where’s Waldo” book, full of surprises and adventure.

One of his techniques to remembering random ideas that cross his mind during the day is by carrying/using a sketchbook everywhere he goes. In 2002, he was in Japan alongside Mark Ryden and Tim Biskup for a collaborative art show called “Hello from Los Angeles,” where he first drew a snowman into his sketchbook. Later in time, the snowman became one of the main characters for a new collection entitled, “Happy Idiot” (a story about a snowman who falls in love with a mermaid). These paintings appeared very innocent and childlike, but in reality they were told in an adult tale about desire, sex, and “the acceptance of man’s attraction to unattainable beauty.”

Having a big ego and outrageous goals to accomplish, Baseman is definitely a workaholic who hasn’t stopped with a mere Emmy Award; he paints, designs toys, lectures at Universities, book signs, responds to numerous interviews on radios and magazines, and what else can he do with his time? He is a multi-disciplinary talent whose success has crossed over to these various art fields and audiences. He calls this “Pervasive Art” i.e. “the notion is that as long as you stay true to your aesthetic, and have a strong sense of meaning, then the work can be appropriate in almost any medium — from print to TV to film to paintings to commerce.” 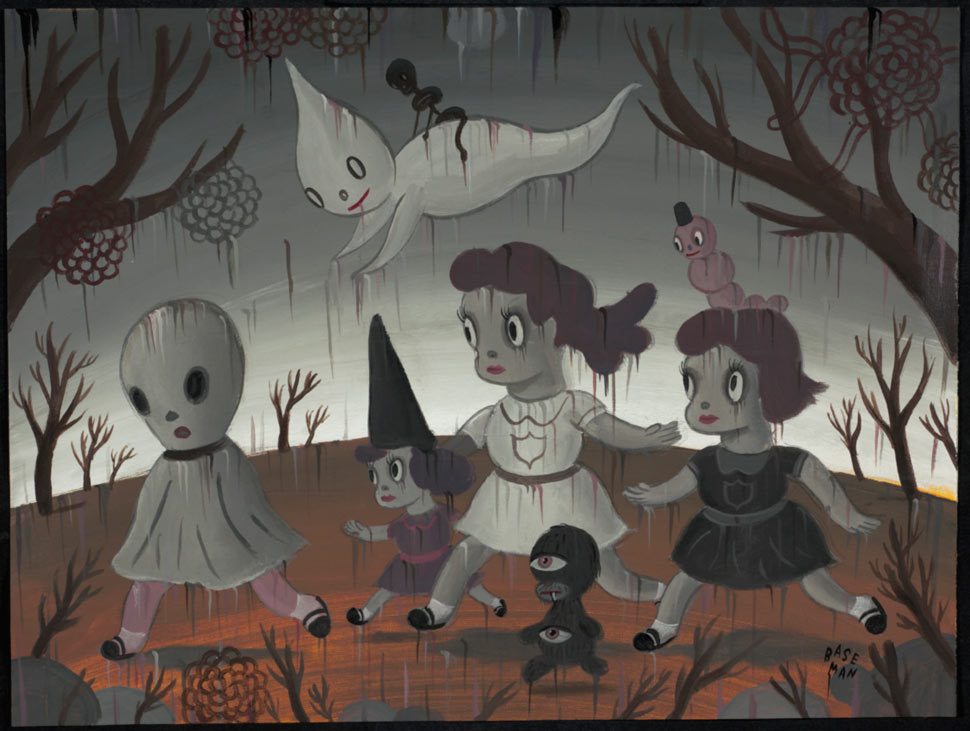 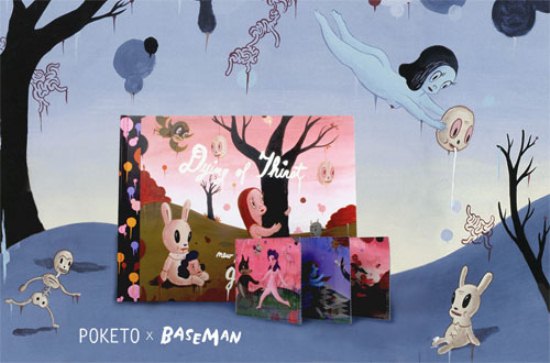 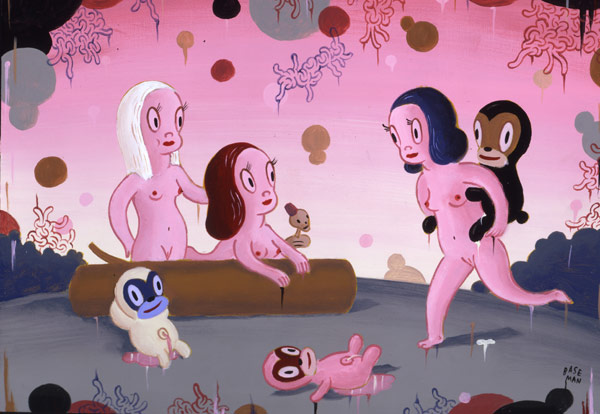 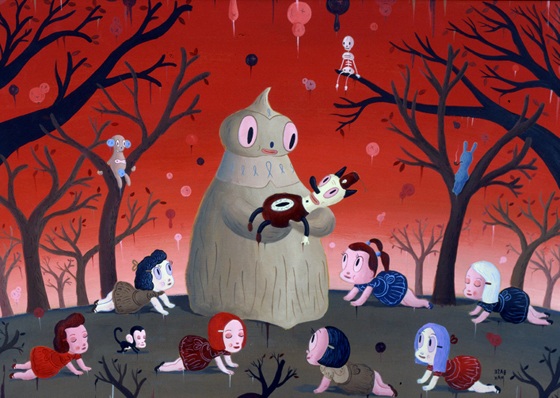 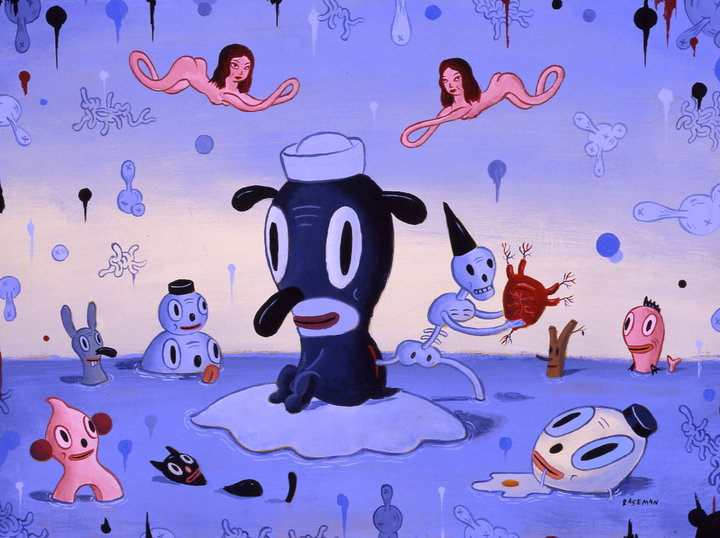 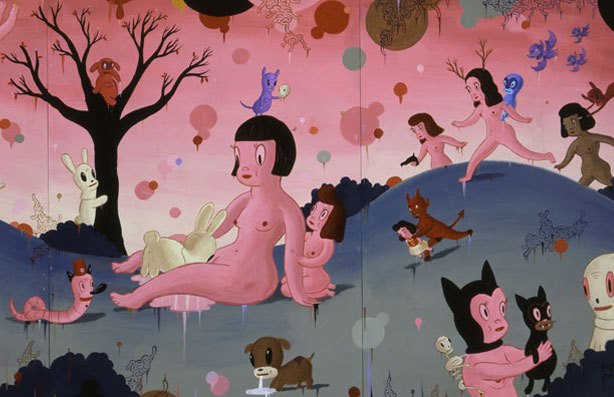 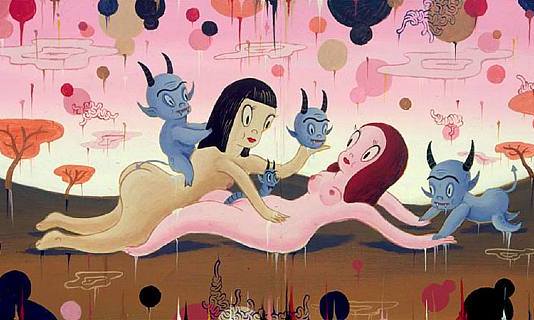 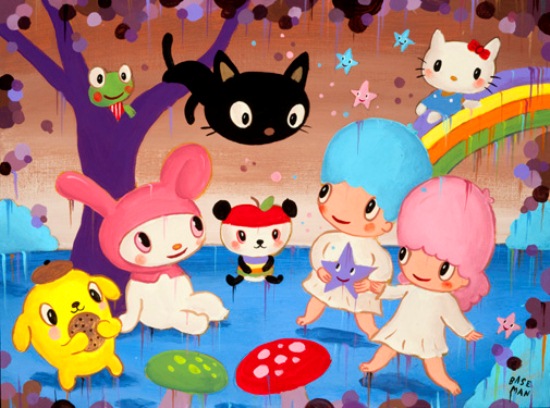 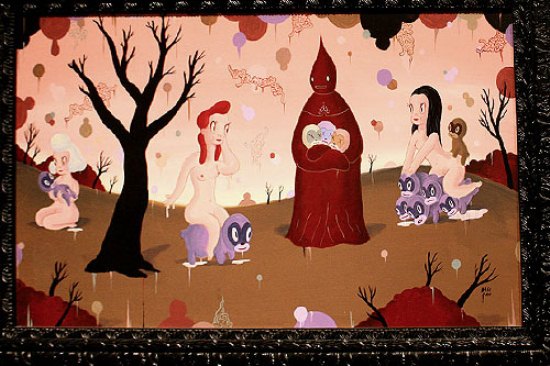 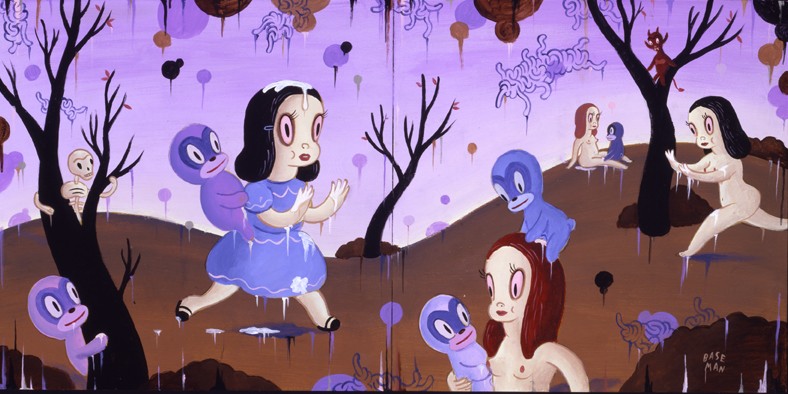 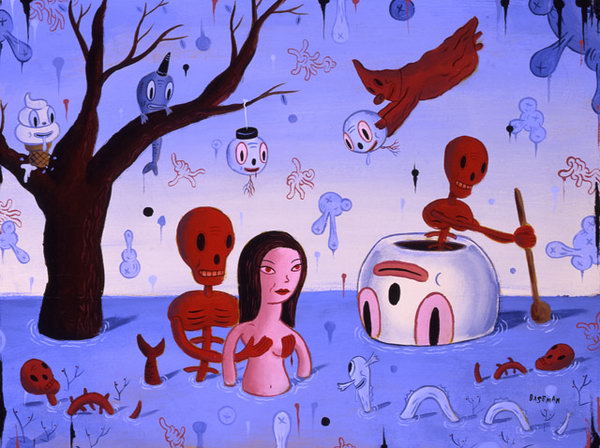 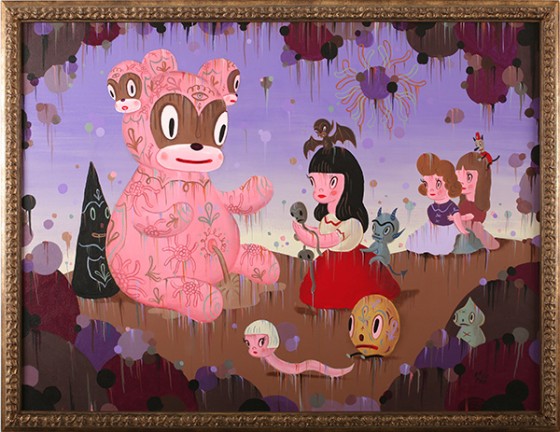 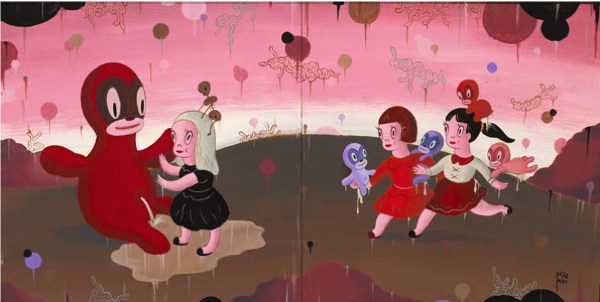 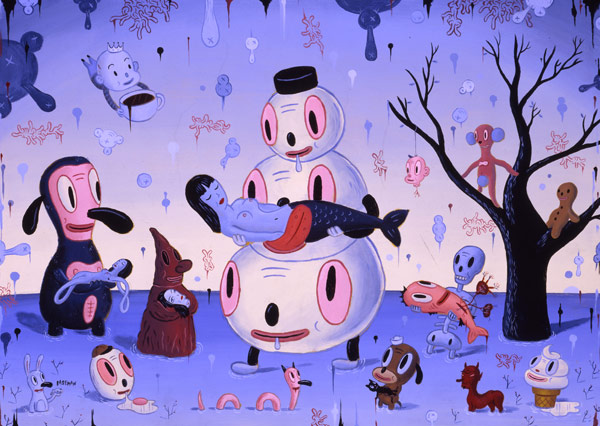 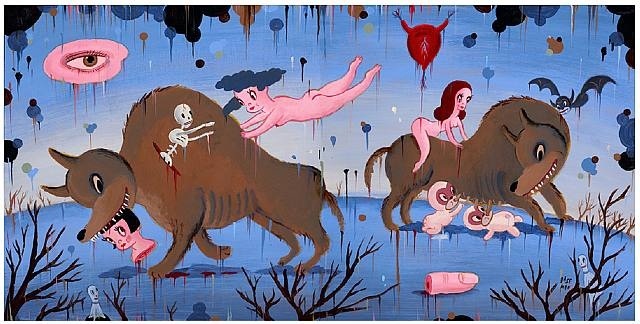 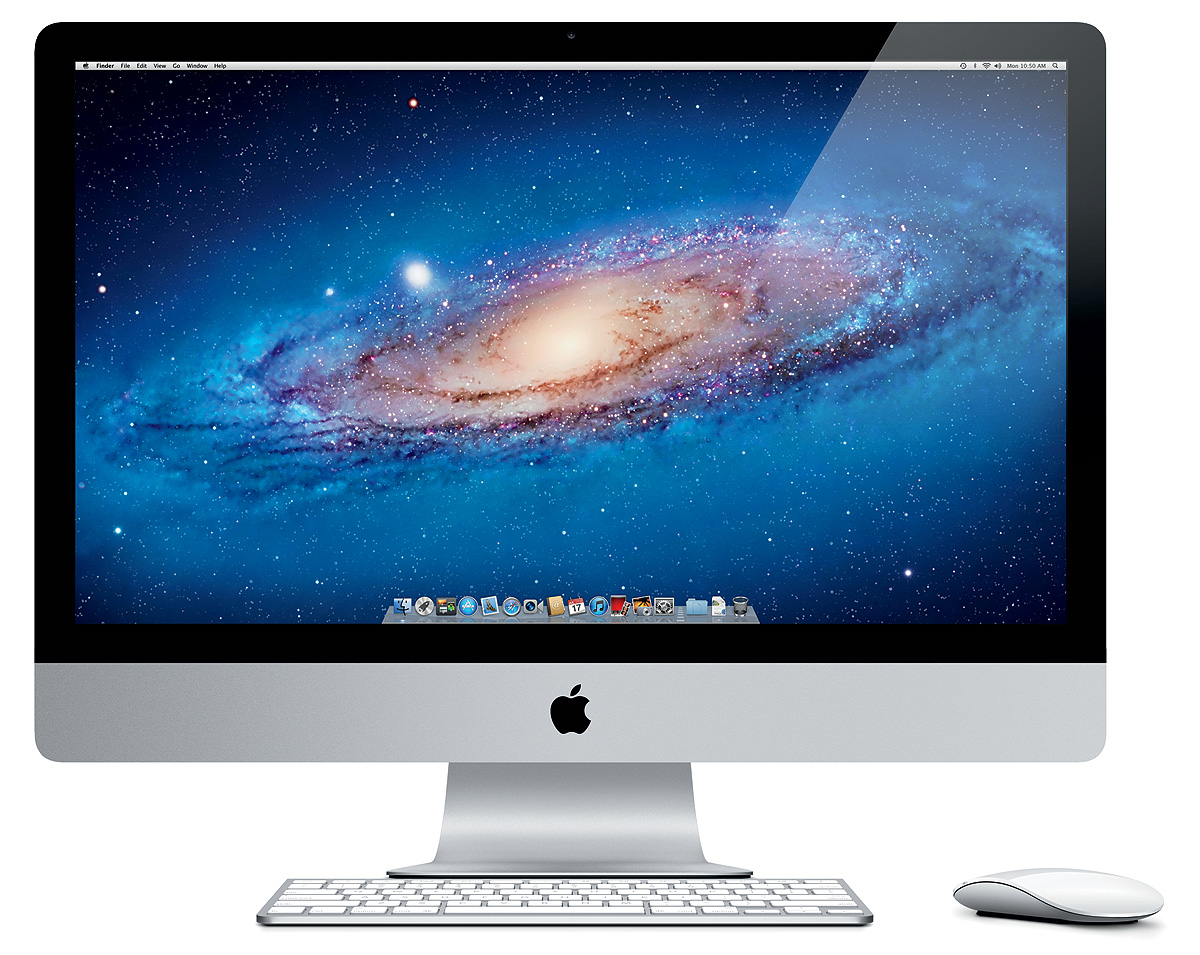