As technology becomes more and more a part of our everyday lives, this inevitably touches our kids’ lives too. Children are spending more time than ever surfing the internet via the mobile devices like the iPad and iPhone. Though some parents might despair at the thought of their kids being more comfortable using a smartphone than pen and paper, they’d be surprised by the many benefits of using mobile apps. You can find lots of entertaining and stimulating apps for kids on the App Store, but it can be difficult to know in advance which your kids will enjoy. That’s why we’ve prepared this list of four apps to keep your children engaged and entertained.

This game will surely entice you in with its engaging gameplay and stylish graphics. If you’re familiar with “Temple Run”, imagine an updated version with 3D effects and the game you have is pretty much Subway Surfers. Your character is a graffiti artist being chased by the police on a busy railway line. The objective is to keep running as far as you can, while picking up coins and points as you go. Like in “Temple Run”, power-ups can be found that will let you go faster, and turn your body into a magnet that picks up all the coins around you. You can tilt your screen to steer yourself out of the path of the oncoming obstacles and trains. A humorous twist to the game is that if you get hit by an obstacle, the policeman will catch you and keep until your parents come. There is always more than one way to pick up points, and you can follow three missions at once. Kids love the game because it provides so much fun and entertainment. 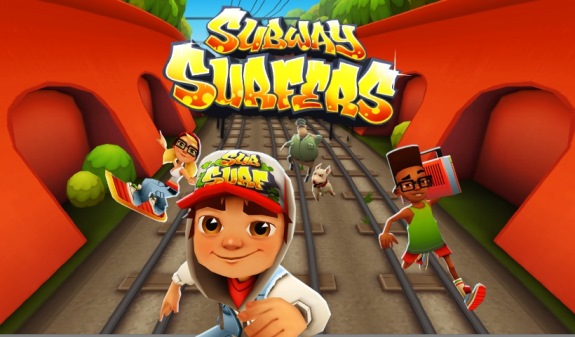 Painting and drawing is a fun activity for both kids and adults. This app gives its users a complete set of artistic tools including different paint brushes, crayons, and pencils to let creativity flourish. The app is easy to use for beginners, but the possibilities it offers are endless. Kids can create beautiful pictures within a few minutes of starting the app, all without getting paint on their clothes! Once your child has finished their masterpiece it can easily be shared on Facebook or Twitter. 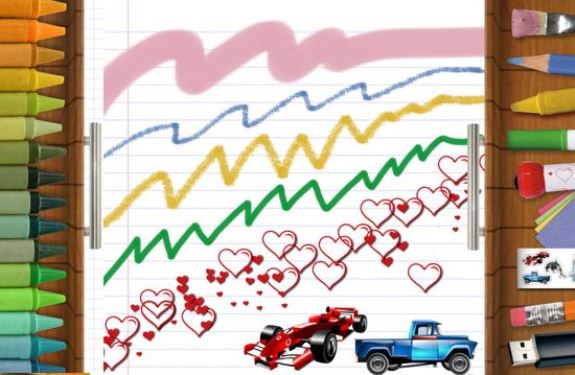 From the team at Crustalli comes this sequel to ‘Kick the Buddy’. This new version of this stress-release game will keep older kids busy with even more ways to take out their frustration on the ragdoll. The objective of the game is to earn money, which can then be used to buy more items. There’s a huge arsenal of weapons on offer, from automatic rifles all the way up to an atomic bomb. More unusual methods of attack include a swarm of bees and a paper shredder. New items and weapons can be unlocked as the game progresses, giving new sources of amusement. The ragdoll ‘buddy’ is very interactive. 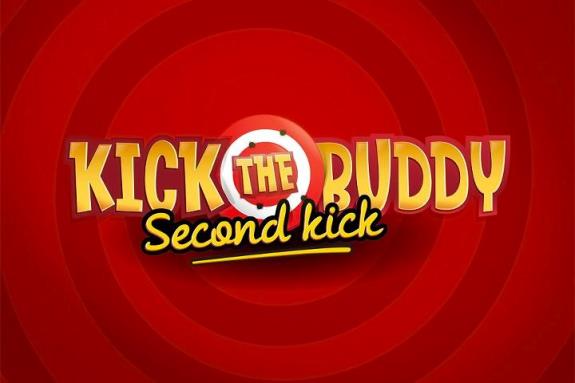 If you’re really frustrated with someone in particular, you have the option of putting a face on the ragdoll from any iOS device. This sequel is a marked improvement on the original, with better graphics and more features.

The whiz developers at N-Fusion Interactive are the creators of this game, which is a cool mix of Crimson Skies and Pilotwings. You play as a boy or girl pilot, and take on a range of missions from putting out a fire in a war zone to delivering food. The plane can be controlled by tilting and touching the device. With fun sound effects and stylish graphics of lush scenery and sprawling cityscapes, the game is very impressive. There are multiple modes of play, and players can choose from the time-limit missions. The app has plenty of fun features and offers everything you could wish for in a small flight simulator. 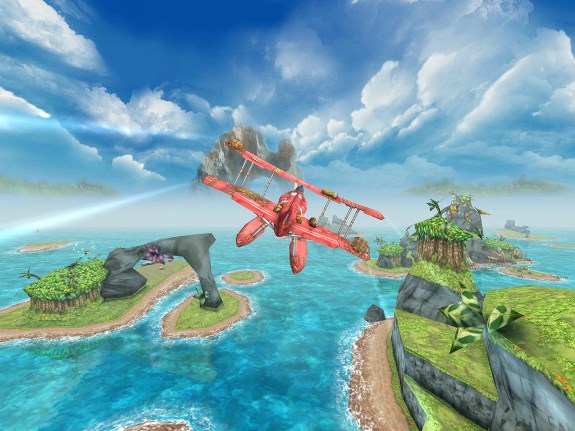 These apps will keep our kids entertained and amused but we should remember about their safety. When simply using a smartphone or downloading apps onto cell phones, kids can become the victims of various online threats (cyberbullying, fraud etc). So, it is recommended to use the mobile tools for parental control (such as mSpy) which allow protecting children while tracking the activities on their mobile devices.