In a trend expected by the market, Microsoft will follow Apple’s example and integrate Windows Phone 8, a new version of the smart phone operating system, the Windows 8 platform for tablets and PC systems will share the same core operating code. The announcement was made several months ago in San Francisco in the United States. “The same Windows system that is used by over 1.3 billion people today will also come to Windows Phone,” said Joe Belfiore, corporate vice president of Microsoft. As explained by the executive, the same core component of the Windows operating system (known as kernel) will be present, regardless of platform, whether fixed or mobile, desktop or smart phone. This means that there will be greater application compatibility we see between Windows platforms, computers and mobile devices. 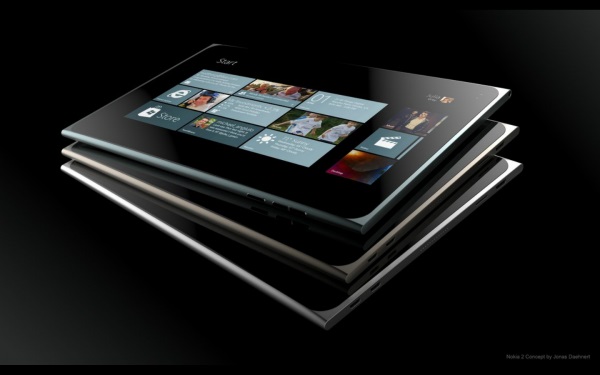 Furthermore, the shift favors the use of Windows Phone more types of hardware, smart phones & Tablets basic tops of the line.

There will upgrade the operating system for smart phones sold today, as Nokia Lumia line, and have had sales success in the United States. The manufacturer reported that seven of the nine smartest phones sold by Amazon’s site were Windows Phone.

The first devices with Windows Phone 8 system will begin to arrive on the market during the autumn in the northern hemisphere (between September and November this year). The latest version of Windows Phone (7.5 or Mango) was launched in September last year.

In the new devices, Windows 8 updates will be made without the need to connect it to a computer or application. The devices will updates for at least 18 months. Kevin Gallo, developer of the Windows Phone platform, stressed once again that Windows 8 will not run on devices that use Windows Phone 7.5, but there will be a version (7.8) with some of the latest features of the system for these old appliances.

“We want Windows is an expression of the user. You will learn a lot about people and their lives looking only at the home screen of the smart phone, “said Terry Myerson, corporate vice president of Windows Phone division at Microsoft.
According to Microsoft, the devices will support multi-core chips, can also be manufactured smart phones with screens of different resolutions – before, companies had to adapt to 800×480. Now you can have screens with resolutions of 1280×768 and 1280×720. For fall, Microsoft said it expects first adapt the system for use with dual-core processors, while maintaining efficiency and battery life.

Another new feature of Windows Phone is the ability to write files (music, videos, photos and applications) directly into the micro SD memory card.

Already the Internet Explorer 10 will be the same on any device, whether in tablet, PC or smart phone. According to Microsoft, using HTML5 with touch support, Windows Phone 8 would already be faster than your competitors in internet browsing.

The integration between Windows 8 and Windows Phone 8 (a version for tablets and desktops) will also include the development of games. Games made for a system also work the other because they are based on DirectX.

Despite not allow transfer of files through Bluetooth technology, the devices with Windows Phone 8 may do so with Windows 8 PCs through technology NFC (Near Field Communication). The application responsible for this data exchange is called “Tap + Share” (Tap to share in free translation).

The feature NFC can also function as a credit card (via the option” pay” + tap, or tap to pay), store loyalty cards and discount. The action closely resembles the Passbook, new application operating system iOS 6, Apple also featured in this month.

In the maps, the company announced the Nokia Map application usage on all devices with Windows Phone 8. Based on the GPS system from Navteq (company acquired by Nokia last year), the application will support offline maps and routing function.

From a visual standpoint, the system brings Windows Phone 8, basically, new colors for the tiles (interactive blocks that are appearing on the homepage of the phone) and the ability to customize sizes. Tiles of the most important issues (such as email) can become large, while tiles of less used applications can be configured to be smaller. These blocks, in both smart phones (Windows Phone 8) as the tablet (Windows 8), will be integrated, synchronizing information.

During the technical demonstration of Windows Phone 8, was presented the Audible app, that as Siri, Apple can executes commands by voice.

The difference is that the application is not native smart phone that uses Windows Phone, but will be available in the company store apps (including those using the Mango version of the system) starting this Wednesday (20).