It’s a good way for businesses to reach new customers and retain existing customers. The advertising rates depend on the size, newspaper and particular contract. This type of advertising has been in use for so long that it is referred to as traditional marketing.
However, with the increasing number of non-traditional advertising options available to you, you may be wondering if the age of newspaper advertising has reached its end. According to an article from the Pew Research Center’s article, it is. 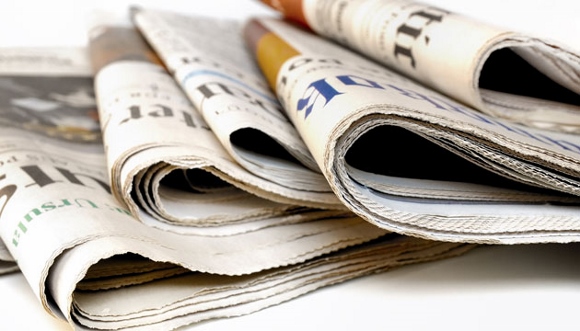 As a business owner, you’re trying to use your advertising budget to reach as many people as possible. Unfortunately, newspapers continue to decline. According to the Pew Research Center, in 1990, the daily newspaper circulation was around 63.3 million, but decreased to 43.4 million in 2010. As of 2011, newspaper circulation was still declining, but it was a more moderate loss than previous years. It’s important to note that some newspapers did show gains during this time year period. However, it’s not known if they were in the Phoenix area.

Okay, the Audience is Declining But …

Here’s how newspaper advertisement works. Print ad costs depend on a lot of things like:

For example, a newspaper, whether it’s an ad or article is divided into columns. Thus, a specific number of columns wide multiplied by a specific number of inches in width gives you the column size of your ad. In addition, it gives the ad a cost. In addition, it depends on which section your advertisement appears.
For instance, a cheaper section may be a local section talking about happenings in your neighborhood. A more expensive section may be the Sports section.
Now that you know all that, it’s time to address some concerns and see if you can get your money’s worth. It doesn’t matter if you’re spending $10 or $100. Unfortunately, when you’re paying for a print advertisement in the newspaper, you may not reach the wide audience you want to reach. What’s worse is that you may not even reach your niche potential customers either.

What about Newspaper Websites

Newspaper website audiences overall increased by 7.4 percent from 2010 to 2011, but was slightly down per pages viewed and average minutes viewed. Some news publications include web ads in the cost of your print ads. Other publications offer the web ads for an additional cost.
If your print advertisement appears online, you may reach your general and niche audience. Unfortunately, you may not be as successful because some papers have pay walls. Pay walls are the way news publications stop viewers from reading the entire article without a subscription. Thus, if your print ad appears online, only subscribers may view it. If its subscribers are your customers, you’ll receive your money’s worth. If not, it is money lost.

Some Bright Spots for Newspaper Advertising

What wasn’t mentioned earlier is that the Sunday paper is holding steady, according to the Pew Research Center. Some of the youngest age groups are reading the Sunday newspaper. The over 45-plus audience prefer reading the newspaper than other forms of media like listening to the radio or searching the Internet. If these two demographics are on your list, you may be happy to advertise in local or national newspapers.

Consult with an Advertising Agency before Seeking Newspaper Advertising