For those of us who want to use our iPads for much more than just watching movies and checking Facebook there are a number of tech-tactic features and apps than can boost usability and open up new possibilities.

Both the iPad and iPad mini were designed with the tech-savvy in mind and include a number of impressive features that put the devices at the cutting edge of touch-screen technology and beyond. 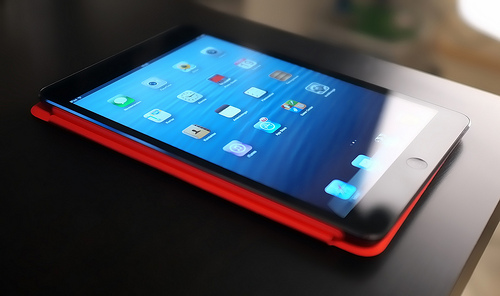 For the multi-taskers amongst us one of the most time consuming aspects of using an iPad is moving between apps. For those times when you are literally trying to do three things at once, turn on iPad’s Multi-tasking Gestures, accessible in Settings. Instead of wearing out your home screen button you can switch between apps with swipes of your fingers. Whilst flitting between tasks you can also marvel at the incredible scope of the device’s touch screen capabilities.

As for the movement sensors, did you know that you can simply shake the iPad to undo typing error?

When you’re not working hard on your current projects, it’s time to play, and there are now a number of incredibly complex iPad toys for the tech savvy amongst us to enjoy. Sphero is a spherical robot and playing with it has been described as ‘geek athletics.’ Using your iPad, the ball can be directed to follow routes around the floor and do all sorts of incredible trickery via its programming features. Some of us may long have wanted to own our very own robot and this is an exciting opportunity to do so.

There are now a number of apps and tools compatible with iPad that offer you the kind of technological insight that has only previously been possible with specialist equipment. Take Oscium’s Mixed Signal Oscilloscope, for example. Hailed as a tool for the next generation of inventors, it includes a small piece of hardware that plugs into the iPad, displaying all the information of a traditional oscilloscope only on screen with touch controls instead of knobs. Something for all those engineers and lab-geeks out there, who might just need to analyse electrical signals on the go.

A range of other cutting edge technology for the iPad includes a digital millimetre for analysing current, voltage and resistance, as well as a telescope control module for on-screen stargazing. Many of these bits of kit might be pretty pricey but delving into the iPad’s full functionality comes for free. From using your screen as an additional monitor for your desktop computer, to clever loss-prevention tricks using the iCloud, there is a wealth of settings to get to grips with.