Before computing machines, humans used to work in place for computers. Many of them especially women were employed in commerce, government and research activities as they were considered stronger in calculus. Later in 1920s the machines came which possess these computational capabilities made by humans only. After 1940s real digital computers came into existence which we know today. Gradually the use of computers penetrated every part of life and more and more people started using computers. As soon as the day starts the use of computers starts; digital alarms, microwaves, laptops, cars, phones everything has inbuilt computers. Sometimes we even don’t realize when we use them. The best part is that after learning basic usage technically less efficient people are also able to get the benefits of the technology.

People across the world use computers widely without knowing even a bit about the software written behind, for its functionality. Around 93% of U.S citizens over the age of 17 uses a computer daily and a survey shows almost 50% of American internet users do not exactly know what software is.

67% of computer users in the U.S say they have sought help troubleshooting software.

Software which is nothing but the instructions followed religiously by the computer is the lifeline for any computer but as mentioned most of the race using computers don’t even know what a software is but with help of service providers, friends and family (who are bit more closer to technicality) life is going smoothly for most of us. 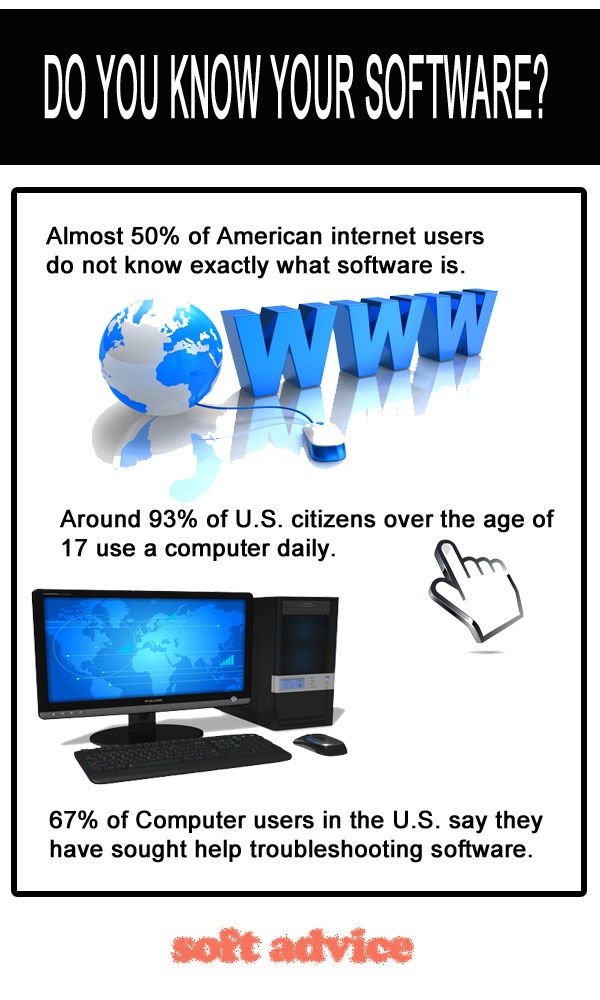