Canada is about more than just maple leaves, hockey, and a great healthcare system. The country is also home to some of the coolest tech companies around. Here are five of the coolest around. Wattpad is a company designed for those with a craving for creativity. It’s a free way for people to share and read creative writing on any device that can access the Internet. Techvibes.com named Wattpad its best overall Canadian startup of the year in 2012 because of its innovative approach. In that same year, they reached 10 million users.
The company is a fresh addition to the publishing industry. Talented writers, who never hit the jackpot with a major company, can now share their masterpieces with a large group of appreciative writers. Indeed, very cool.

Other than a name that is really fun to say, Mobovivo has plenty that makes it cool. It seeks to help broadcasters and media companies distribute and market video content to viewers on alternative platforms. In their own words, they help their clients “mobilize, manage, and monetize their video assets.” Often they have big name clients, making Mobovivo sunglasses-and-convertible cool. 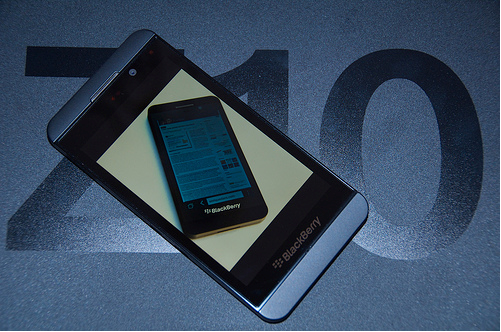 Image via Flickr by Enrique Dans
BlackBerry, formerly known as RIM, slid down on the cool meter in recent years but is now back on top. The flagship BlackBerry 10 uses the BB10 operating system, which the company hopes will bring them back in fighting shape to compete in the crowded smartphone market. Features on BlackBerry 10, like the Hub and a camera that helps you capture a moment perfectly, are helping the company break back into the smart phone market in a big way.
In the eyes of the business world, BlackBerry devices are especially cool because of their advanced security features and BlackBerry Balance, which enables users to keep the personal things on their phone separate from the business things. Yes, BlackBerry is definitely one company to keep an eye on.

It seems that anything with a lowercase “i” in front of it is from a certain company in Cupertino, Calif., but not so with iWeb. They are a web hosting company with headquarters in Montreal that started in 1996 and has grown steadily since. They are now one of the largest web hosting companies in Canada.
Some fun facts on iWeb’s about page underscore why the company is so cool. They have more than 21,000 customers throughout the world, and they guarantee satisfaction to all of those customers. Plus, as they say to anyone wondering if they should choose iWeb, “We love making your life easier.”

Ontario is the home of plenty of cool tech companies, including Digital Extremes. They are one of the top developers in the interactive entertainment industry. Its success started with Epic Pinball in the 1990s and continues today as they develop big name games like The Darkness II and a Star Trek game. Digital Extremes is a passionate company dedicated to providing entertaining games to all.

Canada’s technology scene is thriving, with cool and current companies that provide innovative and unique solutions to customers. When it comes to gaming, entertaining, and equipping you with the latest smart phone technology, Canada is without a doubt cool.